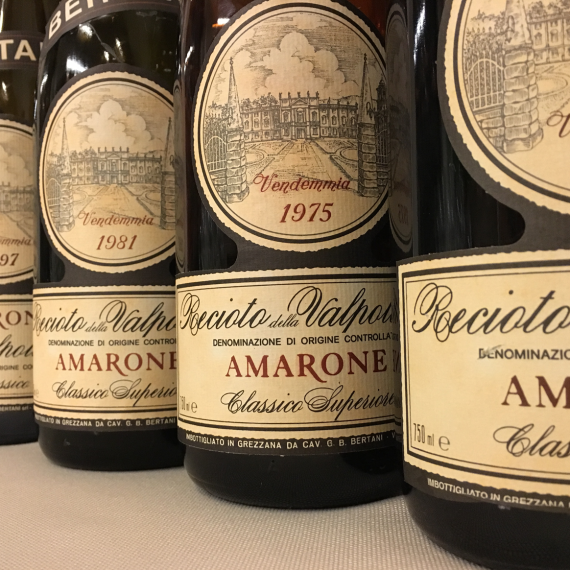 Bertani was founded in 1857 by brothers Gaetano and Giovan Battista Bertani. Prosperous wine merchants who believed quality winemaking held the key to the future, the Bertanis invested in some of the finest vineyards in the province. Recognition and success followed swiftly as Bertani became one of the first Veronese producers to export its wines on a significant scale.

In 1870, Bertani spearheaded a campaign to underscore the potential of Verona's Valpolicella Valpantena wine district. The release of its Secco-Bertani Valpantena brand, still in production 150+ years later, is responsible for putting this DOC on the map. The late 1950s saw Bertani take center stage again with the launch of a new style of Recioto della Valpolicella. Introducing longer aging techniques, this traditionally sweet or sparkling red wine was dramatically transformed into the dry, opulent red we know today as Amarone, one of Italy's most revered red wines. 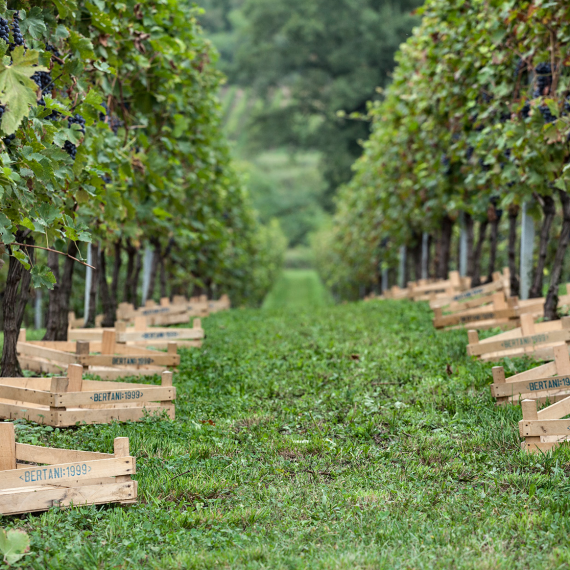 Bertani was founded in Grezzana, a province in the Valpantena DOC, north-east of Verona. Here the company headquarters remain, including the estate’s historic vineyards and cellars that are still in use. The Valpantena valley is covered with marble-calcareous soil containing large quantities of iron, which impart unique, spicy mineral flavors in the grapes. The particular characteristics of the soil have allowed the wines to be labeled officially a CRU status within the Valpolicella DOC; the only one among the seven valleys of Valpolicella.

In the 1950s Bertani acquired Tenuta Novare, an estate covering 220 ha in Valpolicella Classico. It is here where they developed the appassimento method used to make Amarone. Bertani also owns vineyards in Soave and in areas near Lake Garda. 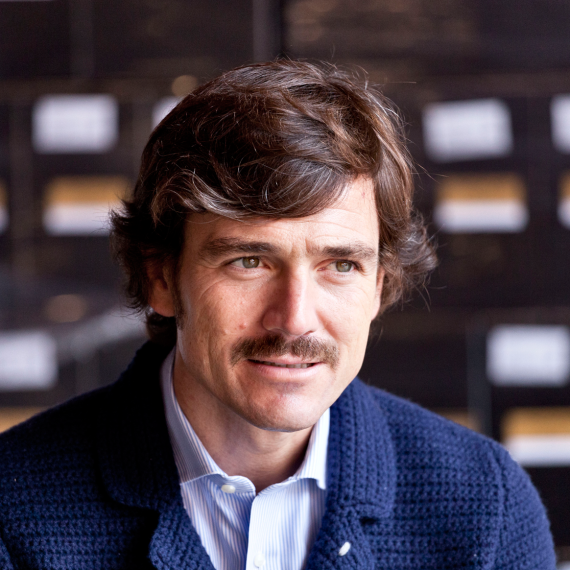 Bertani family members remain a presence to this day, though operations are now run by

Director of Operations, Andrea Lonardi. Andrea oversees the winemaking teams for each of the wineries under the Bertani Domains umbrella, including Bertani (Veneto), Puiatti (Friuli), and TREROSE (Tuscany). To maintain its extensive vineyards, Bertani engages the skills of some of Italy's most eminent viticulturalists.