Since 1858, the Fontanafredda Estate & Winery has been instrumental to the growth and international awareness of Barolo, while championing sustainability and community engagement in the Langhe region of Piedmont. 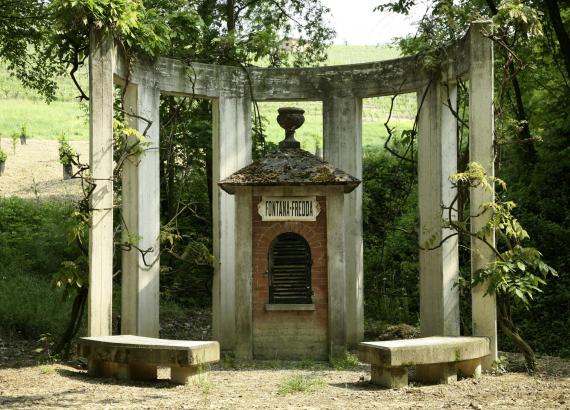 The history of Fontanafredda is a noble one. It began in 1858 after the unification of Italy, when the country’s first king, Vittorio Emanuele II, purchased this beautiful estate in Piedmont’s Langhe region. Here he started producing wine from native varietals, Dolcetto, Barbera and Nebbiolo, which later developed into a commercial business under the direction of the King’s son, Count Mirafiori. Fontanafredda released their first Nebbiolo labeled as Barolo with the 1878 vintage.

The estate enjoyed incredible prosperity until just after the turn of the century, but the proceeding Phylloxera plague, the Great Depression and the World Wars took their toll on the business and the property was sold to Italy’s oldest bank, Monte dei Paschi di Siena.

Decades later in 2008, visionary businessman and Piedmont native, Oscar Farinetti, purchases a majority stake of the Fontanafredda estate and wineries, bringing new life into one of Italy’s most heralded properties. 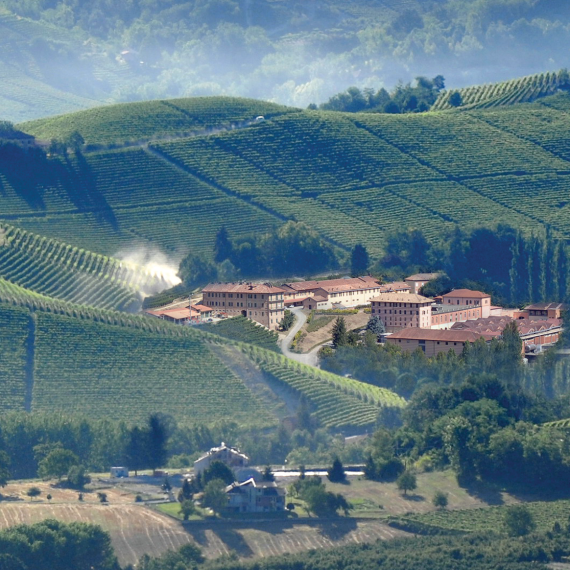 The 250-acre Fontanafredda property in Serralunga d’Alba, a cru site of Barolo, is the single largest contiguous wine estate in the Langhe and includes 247 acres of vineyards, 30 acres of woodland and 10 acres on which the cellars and village buildings lie. Owned vineyards are in the municipalities of Serralunga d’Alba, Diano d’Alba, Barolo, Dogliani, Farigliano, Alba, Rodello, and Murinsengo, at altitudes between 200 - 400m.

There are two main soil types that cover Barolo: Tortonian in the western region that is heavy in clay and magnesium deposits. Wines grown in this soil tends to be more fragrant, elegant and soft, but with notable richness. In eastern Barolo, the chalky, limestone and mineral rich Helvetian soil produces wines of deeper color, body and tannic structure, making for long-lived wines. 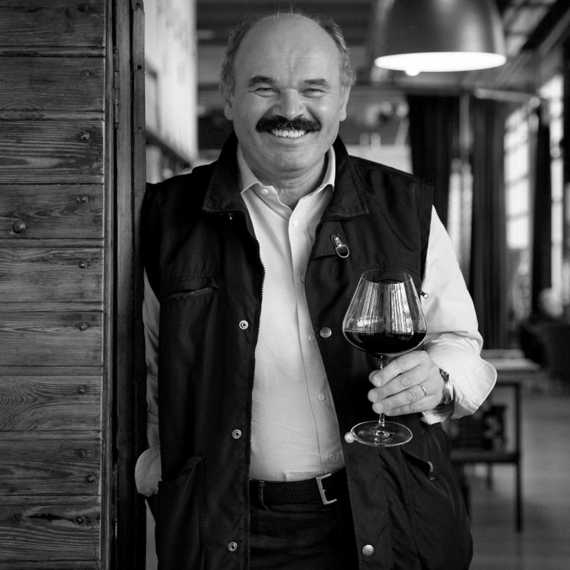 Owned by visionary entrepreneur and Piedmont native, Oscar Farinetti and business partner Luca Baffigo Filangieri, who took over ownership of Fontanafredda in 2009, breathing new life and commencing sustainable viti and vinicultural practices at the historic property. Like all of Oscar’s endeavors, environmental health, providing quality and accessible products to consumers, and community engagement are the core of Fontanfredda’s operating model. This is illustrated by the formation of Vino Libero, a project created by Oscar and a consortium of Langhe wineries who aim to produce wines free of chemical fertilizers and herbicides and with minimal amounts of added sulfites.

Technical Director and Chief Winemaker, Giorgio Lavagna, started working with Fontanafredda's previous and long-time winemaker, Danilo Drocco, in 2014 and eventually took over full winemaking responsabilities in 2018. Working closely with Alberto Grasso, long-time chief agronomist and lead on the organic viticultural advancements at the estate, Giorgio and team are committed to sustainability and innovation at the winery, while building on the historic legacy of which Fontanafredda wines are known for.