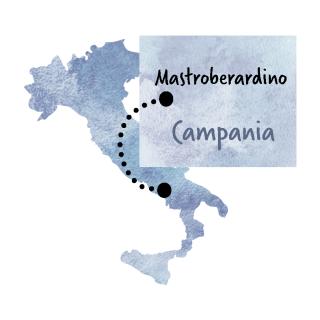 The Mastroberardino family, leaders in Italian viticulture, are largely responsible for the revival and elevation of Irpinian and Campanian winemaking post WWII. Much of this work was initiated by Antonio Mastroberardino, the 9th generation, who’s efforts ignited a resurgence in quality red and white wine production in all of Southern Italy. Working primarily with Campania’s ancient, native varietals, Fiano, Greco, and Aglianico, the family has resuscitated would-be extinct grapes into world class varieties.
Increasingly important to Antonio over the course of his career was to preserve and catalogue the traditional viticulture he fought so hard to revive. To remember a pre-war viticulture in Irpinia, when climate, agriculture and industry were less influential and varietal wines displayed stronger provenance and varietal characterization. To realize this dream, Piero, Antonio’s son, and current owner, commenced the Stilèma project in honor of his father. Stilèma, meaning stylistic choice, interprets a style of winemaking that took place in Irpinia from the late 1950’s through early 1970’s for Aglianico wines and from the 1970’s through 1980’s for Fiano and Greco wines.
In the early 2000s, Piero began a series of planting experiments, using selected clones grown in multiple pre-phylloxera vineyards across Mastroberardino’s estates in Irpinia, as historically done, to ensure nuanced complexity, elegance and finesse. The goal with Stilèma wines is to express the greater Irpinian terroir, rather than specific vineyard sites.

The wine is aged 24 months on the lees, which imparts remarkable flavor and longevity in the wine. Malolactic fermentation rounds off its profile, giving it softness and persistence. About 10% ferments and ages in wood (non-first passage barriques) for 12 months. The final blend was refined 18 months in bottle before release.

Light straw yellow, with hints of greenish reflections. This Fiano offers a broad and complex bouquet, of smoky notes and Mediterranean brush, followed by delicate nuances of aromatic herbs and dried fruits. On the palate, this wine is clean, acidic, and nervy, with salty characters and an appreciable drinkability