The Pere Verge family, more than just being owners of Monteviejo, Chateau Le Gay and Chateau La Violette, are a family devoted to making exceptional wines of terroir, power and elegance. Following the hemispheric seasons, winemaker Marcelo Pelleriti and his team are producing world class wines both in Mendoza and Bordeaux. 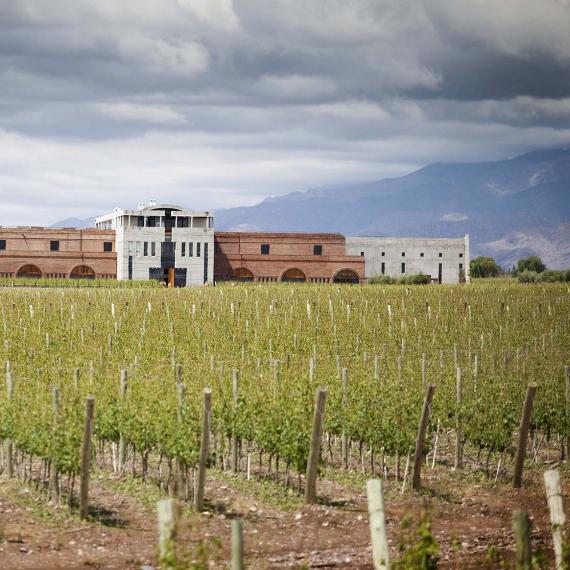 Construction of the winery began in early 2001, and the first harvest took place in 2002. Throughout Monteviejo, which has a total area of 8,500 square meters (91,493 feet), a gravitational system consisting of a double conveyor belt is used to select bunches of grapes and berries. Its purpose is to transport the raw material of wine without the use of pumps, so as to prevent damage during the process. From harvest to bottling – passing down through barrels for aging – the wine always follows its natural slope. It is only the weight of the grapes that is used to move them from above to below. 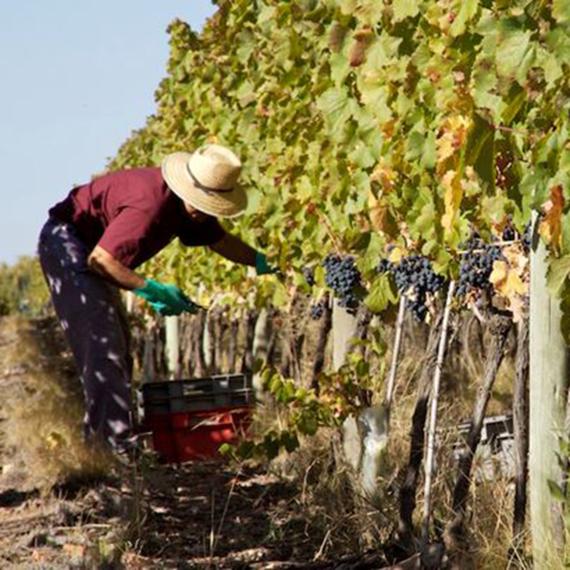 The land comprises 130 hectares at between 1000 and 1200 meters above sea-level in Vista Flores, Tunuyan, 120km south of Mendoza city. The land’s slopes face the North and East giving them better sun exposure in the Southern Hemisphere. Ideal for high altitude grape growing. 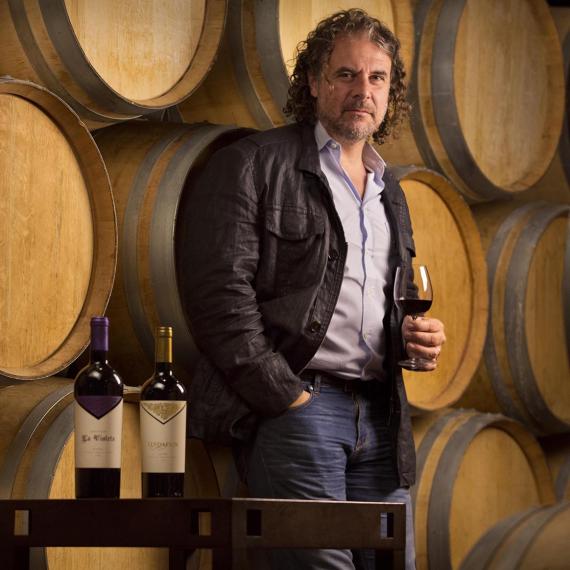 The Pere Verge family, more than just being owners of Monteviejo, Château Le Gay and Château La Violette, are a family devoted to making exceptional wines of terroir, power and elegance. Following the hemispheric seasons, winemaker Marcelo Pelleriti and his team are producing world class wines both in Mendoza and Bordeaux. Marcelo Pelleriti is a global reference in the enology industry, and the family’s general manager and enologist. Marcelo developed his professional career in France and Argentina, establishing himself as a great interpreter of the terroir. Guided by his wise master, Michel Rolland, Marcelo forged his own path by making wines that are recognized worldwide.

Marcelo has led the harvests in Bordeaux for Chateau La Violette, Chateau Le Gay and Chateau Montviel, living in France between September and November every year since 2001. His expertise in these two distinct terroirs has helped him garner international renown for these exceptional wines. Marcelo consistently receives high ratings for his wines in France and Argentina and is the first Latin-American winemaker to obtain 100 points by Robert Parker for a French wine.

A true music lover, Marcelo plays guitar when he’s not at work during harvest season. In 2011, alongside his friend and musician Rano Sarbach, he created the rock festival Wine Rock.