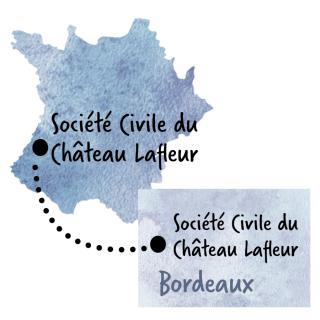 Les Champs Libres was born in 2013 from an impulsive idea that came from Julie and Baptiste Guinaudeau. This new cru is the fruit of long lasting experience combined with precision work in the white parcels at Grand Village.

In the past ten years they have applied an extremely qualitative approach both in the vineyard as in the cellar, investing much energy and time in the elaboration of these white wines.
In 2012, they kept apart two barrels of Sauvignon ”À Louima”, which showed exceptional aromatic complexity and were bottled separately. The resulting 240 bottles and 120 magnums were baptized as “À Louima 2012”. They represent the departure on a new adventure.

The vines originated from Sancerre’s great vineyards. As at Lafleur, they practice shoot removal, leaf plucking and gentle bunch removal when needed. They accompany each vine through the season, adapting to each and every climatic context. Soil and sub-soil: 0.7 hectares of clay-limestone soil. Sub-parcel selection of the best Sauvignon Blanc, with small percentage of Sémillon in rare occasions. The vineyard is farmed under sustainable viticulture.

Hand harvested and double sorted bunches, which allows the pressing of grapes at perfect ripeness. Low pressure pressing. Vinification in new barrels. The 2019 whites were racked and blended in mid- May, to prepare for their bottling this June. Tastings of the whites just after racking, a delicate moment, showed great promise.

Eight months aging on the fine lees, including 5 months of gentle lees-stirring. Bottled at the beginning of summer the year after harvest.

Les Champs Libres reveals a floral and complex nose. On the palate, the wine is rich and mineral, showing great freshness, balance and a remarkably long finish. Les Champs Libres is dedicated to all lovers of great white wines. It is a rare bottle, elaborated with the same convictions employed at Lafleur.