Past, present and future come together at Teruzzi - a state-of-the-art winery dedicated to exploring the most innovative solutions to produce high quality wines while respecting the local heritage and ancient history of Tuscany’s great winemaking tradition. Teruzzi epitomizes the vision of the Moretti family – a commitment to advancing estates with a strong place of origin, heritage, nobility and personality, like that of San Gimignano - a true medieval jewel, and its most precious resource - Vernaccia. 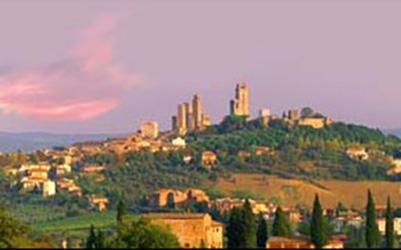 In 1974, Enrico Teruzzi, an engineer by profession and a vintner by calling, founded the winery that bears his name, with the assistance of his wife Carmen, in the shadows of San Gimignano’s characteristic towers surrounded by the captivating beauty of the Tuscan hills.  In 2016, the estate and winery were purchased by Vittorio Moretti and family with the aim to, “invest in what the land has to offer, to root the future in it.”  The Moretti’s endeavor to take over where the founder of Teruzzi left off, set them on a course between innovation and tradition, leading the estate to outstanding results while protecting its most precious resource – the land - by keeping sustainability at its core. 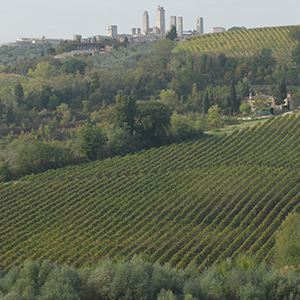 In 1966, Vernaccia di San Gimignano was the first Italian wine to be granted DOC status. Today, Teruzzi owns the largest expanse planted with Vernaccia. The estate stretches over 180 hectares – 94 under vines, of which, 60 hectares are under Vernaccia vines.

Grouped into four large areas – Casetta, Racciano, Montegonfoli and Ponte Rondolino, in the municipality of San Gimignano, with an additional 16 hectares in Suvereto – the Teruzzi properties benefit from a variety of soils, altitudes, gradients and microclimates. A kaleidoscope of zones and subzones, plots and vineyards capable of producing many different expressions of Vernaccia, a grape that is exceptionally sensitive to soil variations and the favorable climatic influence of the nearby Tyrrhenian sea. 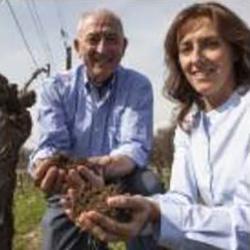 Past, present and future come together at Teruzzi - a state-of-the-art winery dedicated to exploring the most innovative solutions to produce high quality wines while respecting the local heritage and ancient history of Tuscany’s great winemaking tradition.  Vittorio Moretti and daughter Francesca, lead this his charge for Teruzzi by Terra Morretti Vino.