Driven by a passion for exceptional Nebbiolo, the Travaglini family has been producing remarkable, limited-production wines
from their eponymous estate in Gattinara for four generations.

Travaglini is the foremost producer and largest vineyard owner in this northern region of Piedmont. Their distinctive
bottle-shaped Gattinara is one of the most iconic bottles of Italy. 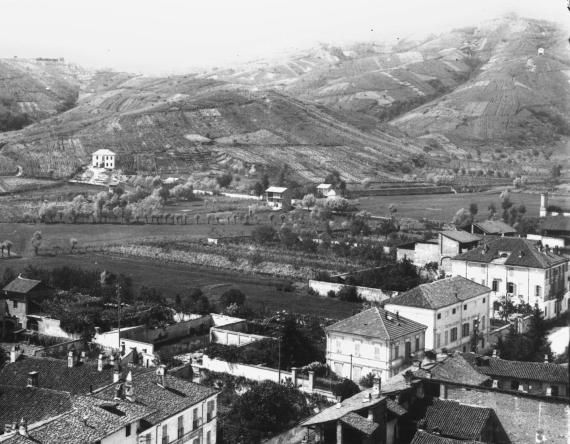 Gattinara plays an important role in Italian viticulture, but until a couple decades after the turn of the century, this beautiful region of Alto Piemonte was nearly forgotten. A winemaking region older than Barolo, Gattinara covered almost 600 hectares by the end of the 1800’s, making it one of the largest in Northern Europe. The phylloxera plague, coupled with a devastating hail storm in 1905, completely destroyed the region and wine production in Gattinara was abandoned.

The Travaglini family has owned land in Gattinara since the begining of the 19th century. They farmed a few hectares of land and produced wine for local consumption. The small winery started with Clemente Travaglini, who was succeeded by his son Arturo. It was not until 1958 however, when Arturo's son, Giancarlo, established the eponymous Travaglini Estate Winery. It was Giancarlo who recognized a greater potential in Gattinara and executed groundbreaking changes in his vineyards and cellar, unseen before in the appellation. For example, he pioneered research into improving viticultural methods, such as high density planting (up to 5,000/HA), 100% hand-harvesting and Guyot vine training; today commonly practiced throughout the Appellation. He was also the first producer in the region to experiment with barrique. His passion for Nebbiolo helped raise the profile of Gattinara, a commitment that has been carried on through the generations. 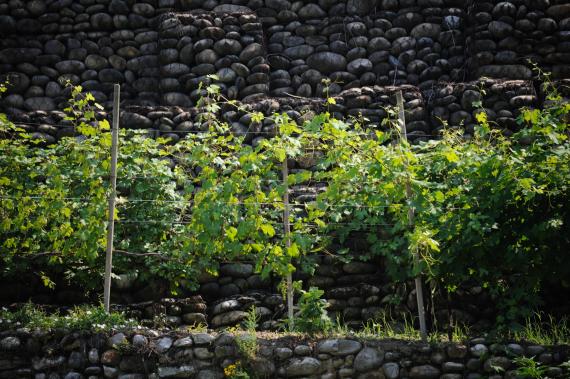 The Travaglini family owns 59 hectares of vineyards; 52 of which are vineyards planted primarily of Nebbiolo, which covers roughly 50% of the total Gattinara DOCG. A small portion of old vines is planted to native varieties Vespolina and Bonarda.

This small appellation lies in the rocky foothills of the Monte Rosa range, where ventilating winds blow down from the nearby Alps. Soils are rocky and rich in porphyry, granite and iron, imparting a reddish color in the soil. Similar in composition to the Alps, Monte Rosa's sedimentary rocks are highly acidic, due to low levels of calcium carbonate and magnesium, and an absence of calcium. Vines grown in this rare soil produce grapes with a unique flavor profile, as well high acidity and tannins. Its northern, mountainous location experiences a continental climate, with very cold winters, warm, sunny summers, and a strong diurnal temperature shift. 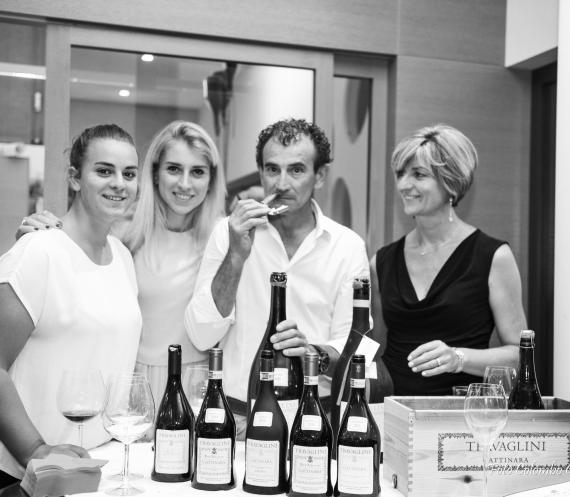 Fourth generation Cinzia Travaglini now runs the estate, along with her husband Massimo Collauto, chief winemaker. Their efforts, as the generations before them, have made Travaglini one of Italy’s most recognizable wines and the #1 selling Gattinara in the world. Their children, Alessia and Carolina, are currently involved in the winery, and will be the next generation to run the estate.

Travaglini wines have a distinctive bottle shape, featuring a unique curve that fits naturally in the palm of the hand and serves to catch sediment during decanting. Specially designed to celebrate Travaglini’s excellent 1952 vintage, the bottle was so well received that family decided to keep it as their trademark.